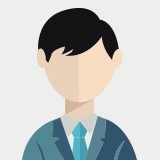 Thanks to ICMA for holding its Secondary Market Forum in Paris and thank you for giving me the opportunity to share with you some thoughts about probably one of the hottest issues of the year, namely market fragmentation.

But fragmentation in OTC derivative markets, which are so closely linked with the bond market, are clearly under review.

Second, the Brexit. It is obviously a huge catalyst for increasing the fragmentation since, by leaving the EU, the UK is putting an end to the freedom of establishment and to the freedom to provide services between the UK and the EU27. Obviously the EU will no longer be in a position to rely on the pool of liquidity managed in London and part of it should relocate in the EU.

And third, the EU itself. To be fair, even inside the EU, we have not yet dismantled all the barriers that fragment our capital markets. The European Post Trade Forum – the EPTF – has updated in its 2017 report the list of remaining barriers and we should recognize that issuance, trading, clearing, settlement and asset servicing of a security are still different depending of the location of issuers and investors in the EU. If we really want to achieve a Capital Markets Union, the next European mandate will have to deliver tangible progress.

I will try to advocate for a reasonable, smart fragmentation at international level and for a vigorous push in favour of a defragmentation at EU level, treating the UK as a third country since such is their decision.

One could argue that, after having collectively designed at international level a fair amount of financial regulations that are now implemented fairly extensively by all major jurisdictions, it could be time to dismantle the many remaining barriers to cross-border financial services and develop an open system based on mutual recognition and deference to third country regulators. Obviously the UK and the EU27, having at this juncture before Brexit the very same rulebook, are perfect candidates for implementing such a policy.

It would foster economic efficiency since capital markets are more efficient when they are working globally without any barriers which are detrimental to the depth and quality of their liquidity, which prevent savings in collateral encumbrance, which reduce efficiency in hedging strategies. …. And finally it would make your life easier.

But fragmentation should not be demonized.

First, it is legitimate for any large jurisdiction to avoid depending on third countries or on offshore financial centres for the management of its savings, for the arrangement of its funding and for supporting the development of its corporates abroad. Some fragmentation is also an inevitable consequence of the limits to the extraterritoriality of national rules when full deference to third-country regulators is impossible for core, systemic, strategic financial services. Finally fragmentation, if managed properly, also has a positive impact on financial stability, reducing the transmission of economic shocks, increasing the resilience of both domestic and global financial markets and supporting risk diversification.

These three dimensions are illustrated in one of the recitals of an equivalence decision already taken some years ago by the EU Commission in favour of US trading venues: such a decision should (I quote) “be read in the light of the objectives pursued by these acts, in particular their contribution to the establishment and functioning of the internal market, market integrity, investor protection and ultimately, but no less importantly, financial stability.” I take this example because it features prominently in an equivalence decision, meaning that these concerns are not systematically leading to fragmentation.

At a minimum, when imposing some form of location policy, one should try to reduce the administrative burden of multiple, overlapping and sometimes inconsistent reporting and above all to avoid contradictory requirements to financial institutions developing their activity in several jurisdictions. The situation of branches of third country institutions provides an acid test to such an inadequate fragmentation since a branch is bound to comply with the requirements of both the home and host countries; and in some cases it is just impossible. The perimeter of the share trading obligation in case of no-deal Brexit could provide an interesting example of a conflict between overlapping rules. The statement published by ESMA on 19 March on this issue does not appear to lead to a “win-win” situation. Indeed if the UK adopts a reciprocal approach, after a nodeal Brexit, in many cases, maybe as many as around seven hundred cases, the same share could be covered both by a trading obligation in the EU as requested by the EU regulator and in the UK as requested by the UK regulator. This is very unfortunate for EU27 branches of UK firms and for UK branches of EU27 firms; it is even more unfortunate for the efficiency of our markets. You understand that I remain supportive of maintaining a dialogue with UK authorities in order to reach a solution that is workable for both sides and prevents conflicts of rules.

But it is clear that our first target in the EU should be to dismantle all the remaining barriers that fragment our own capital markets. It would be totally inadequate and counterproductive to open further our capital markets before having achieved our own Capital Markets Union. In that perspective, I will elaborate on two different issues of relevance for debt markets. First the issue of the debt distribution process which needs to be further harmonized and enhanced in the EU and, second, the challenge of developing a non-fragmented green bond market.

T2S has been instrumental in overcoming many of the so-called Giovannini barriers and has been a decisive step towards the CMU. But after a couple of years, the weakness of cross-CSD settlements in T2S demonstrates that T2S alone will not deliver the single market for securities Europe needs. It questions the adequacy of the structure of CSDs in Europe with more than thirty CSDs, difficulties to passport CSD services and to overcome a national licence, and finally a key role of single issuer CSDs. The fragmentation of the EU CSD landscape is in strong contrast with the concentrated landscape in the US.

It is a challenge for the equity market, but corporate events are always difficult to handle in a harmonized way; it is also a challenge for the bond market with far less legitimacy. The nominal outstanding amount of bonds issued by euro area residents is actually fairly stable since 2011 but with a decrease in bonds issued by financial institutions and an increase in bonds issued by governments and corporates. In parallel, issuances by European public institutions have also increased. With the raise of the share of non-financial institution issuances, the deficiencies of the current market structure have become more evident. There is now a need clearly expressed by some issuers – see for example the ESM and I have in mind a speech by Klaus Regling last November – and by part of the industry to give debt issuers the possibility to reach effectively their investors EU-wide via an enhanced issuance and distribution channel; it is probably time to carefully review different options in order to overcome the current fragmentation.

The green bond market is still in its infancy and after a rapid expansion we seem to have reached a plateau. Green bonds are a very welcome innovation, financing investments needed to fight global warming and reconciling Finance with the People. We need green bonds to resume their development and, in order to achieve that, we need to develop a common European approach that will make investors comfortable with the green nature of their investment without putting too high a reporting cost on the shoulders of the issuers. I know that ICMA is very much involved in this harmonization process with its “Green Bond Principles”.

However, investors should at least get access to sufficient and reliable information on the “use of proceeds” by an issuer raising capital through green bonds. An adequate solution would therefore consist in bringing targeted amendments to the Level 2 of the Prospectus Regulation to require additional minimum information in the “use of proceeds” section of a prospectus in case the bond issuance holds itself out as “green”. Under that solution, the issuer will still be free to qualify its bond as “green”, “social” or “sustainable”. However, once a bond has been qualified as such, the issuer would be required to provide additional information, by indicating how the proceeds are used to finance or re-finance, in part or in full, new or existing green/social/sustainable assets or projects. This prospectus “building block” would foster transparency in the green bond market, by centralizing the information on such issuances within the prospectus rather than outside.

To sum up and conclude, I advocate for keeping fragmentation of capital markets at the international level to a minimum and, when needed, alleviating the administrative burden for the industry. But we can only be successful in that respect in Europe providing we suppress the fragmentation of our own capital markets that still handicaps the EU. To achieve that, we should at the same time address the legacy of our patchwork of national markets and the future of our markets for which green bonds are key.

Robert Ophèle is President of the Autorité des Marchés Financiers (AMF). He gave this keynote speech at the ICMA Secondary Market Forum in Paris on 20 March.